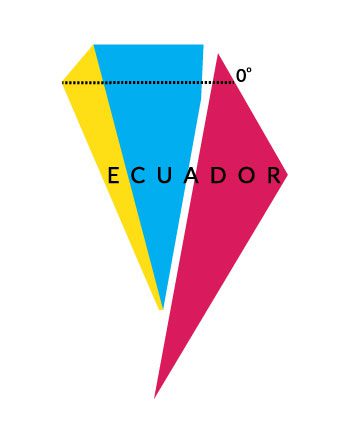 Entrepreneurship, community, new technologies and innovation were the themes that were discussed in the first event of Chicas Poderosas Ecuador, which had its official launch this September 13, in Impaqto Quito. It is an initiative to encourage women journalists, designers, developers and entrepreneurs to “change the face of the media” and improve their technological skills and new narratives.

With a full audience, young people from different disciplines gathered in a space dedicated to entrepreneurship and innovation. The invited panelists: Daniela Peralvo, founder of the entrepreneurial network and co-working Impaqto; Carolina Mella, investigative journalist specializing in virtual reality; and Paola Ponce, multimedia designer, shared their professional experiences and how they faced obstacles such as women and professionals and agreed that spaces such as these were needed in the country.

The ambassadors of Chicas Poderosas Ecuador, Fernanda Burbano, Verónica Larrea and Susana Morán, three young journalists who love technology presented the project that is already present in 13 countries in the region. The last countries that have entered are Guatemala, Nicaragua and Honduras that make up the Chicas Poderosas of the Northern Triangle and Ecuador.

During the launch, the Chicas Poderosas Ecuador announced that in the first half of 2018 will hold its first major event. It is a convention that will have international guests from the most prestigious media in England, Spain, the United States and other countries that are at the forefront of technology and the use of new media to tell stories, to train Ecuadorian entrepreneurs in the strengthening of their capacities and the tools to tell incredible stories from new media and technology platforms. The objective is to unite diverse work teams and produce journalistic products on the most urgent problems that exist in our country, cities and communities.

The Chicas Poderosas initiative was born in 2013, by designer and storytelling, Mariana Santos. After passing through the London newspaper The Guardian, and seeing that of the 170 people in her team, only three were women, she started a path with no return, with a slogan: to train more women to enter the technological world. So when she got a scholarship at Stanford (Knight International Journalism Fellow 2013-2014) she worked on a mentoring program for more women to be part of the world. This gave shape to this community that is growing every day with the idea of ​​motivating the new generations of journalists of the country to be innovative. The future that sees Chicas Poderosas Ecuador is that they can create new media led by women and that every time the use of new tools to tell stories is encouraged.

Quito journalist specializing in multimedia. She worked at the digital research magazine Plan V. Previously, she was in Fundamedios, an NGO dedicated to the defense of freedom of expression in Ecuador, and in El Comercio newspaper, the leading newspaper in Quito. She was a winner in 2011 of the national awards Jorge Mantilla Ortega and Fundamedios, in digital journalism, for her work “The 30s in real time”. It was a coverage made only on Twitter on the insubordination police of September 30, 2010. In 2011 also received an award from the National Union of Journalists of Ecuador. In 2013 he won the Iberis scholarship for young journalists in Spain. There she worked for six months. Since January 2017, in the digital magazine of research Plan V drives the first laboratory of journalistic innovation in Ecuador. In April of 2017 she was part of the first generation of the InternetLab School of Sao Paulo.

Journalist and corporate communicator with experience in the implementation, development and improvement of communication processes, use of tools and new narratives, project development and digital campaigns. She worked as a digital journalist in the newspaper El Comercio, the leading newspaper Quito, promoting creativity and innovation in web content, implemented the streaming in live coverage transmitted through the web portal of the newspaper. Also, in organizations of the civil society, with special focus in Human Rights and freedom of expression. Winner in 2010 of the Spondylus Communication Awards of the University of the Hemispheres in the category: Best News for the Press, for the report “Traffic Accidents, their number increases every year.

Journalist, passionate about technology and new narratives with more than 12 years of experience in the media, in the press, radio and television, in media such as Hoy newspaper, PC World and Computer World magazines, Kiss radio among others , as well as in civil society organizations, focusing on Human Rights and freedom of expression. Her experience has focused on investigating violations of freedom of expression, including censorship and violations of digital rights.
Graduated in international journalism and social communication at the University of the Americas UDLA, with the distinction Summa Cum Laude, to academic excellence. Part of his professional training includes a graduate degree in television production for news and programs at San Pablo CEU University in Madrid, Spain.