Olympic committee partner with Chicas Poderosas to report on paralimpics 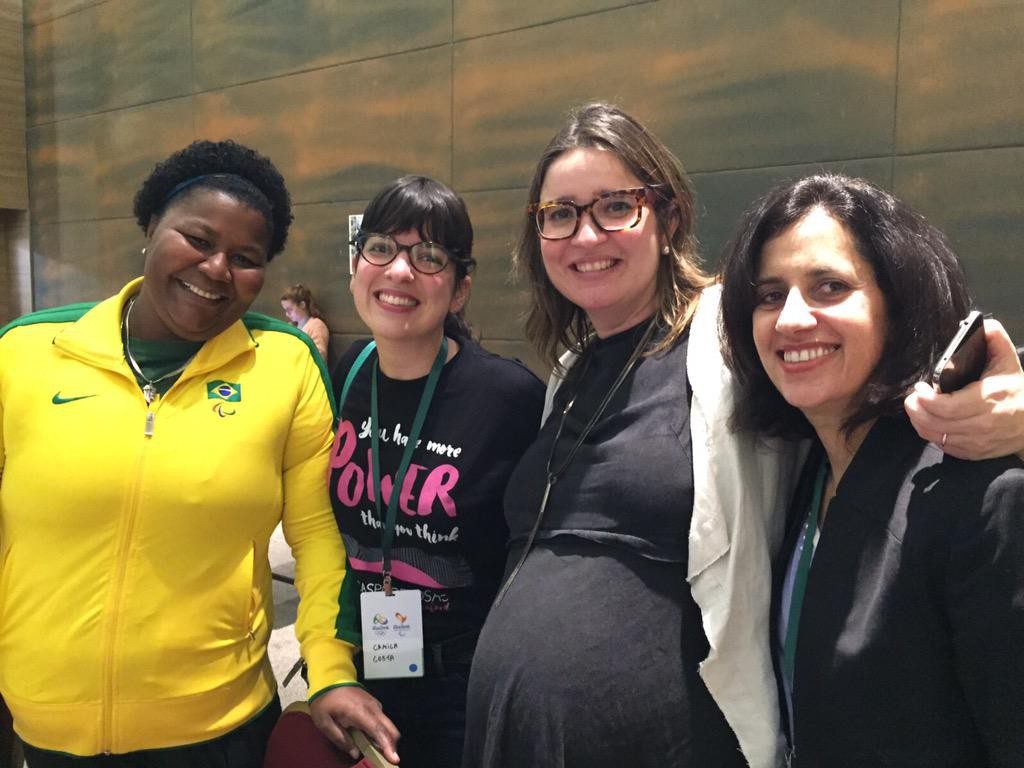 Chicas Poderosas arrived in Brazil through Rio with the goal of helping the preparation for the Paralympic Games in 2016. It was an honor for us and the result couldn’t have been better!

During two days in August 2015, girls from Rio de Janeiro, São Paulo and Bahia got together in the Rio 2016 headquarters to learn and work together in creating original content and visual narratives.

On Friday, August 28th, we started with and improvisation and design thinking exercise by journalist and Stanford Knight Fellow Gabriela Mafort, who discussed the importance of dealing with mistakes and embracing team work.

Our muse Mariana Santos followed her with a talk about her own work as a designer and the creation of Chicas Poderosas. Natalia Mazzotte, from the School of Data, gave us an incredible presentation of useful tools for creating efficient infographics faster.

One of the biggest moments in Chicas Rio, however, was meeting Brazilian paralympic athlete and two times golden medalist Rosinha Santos. She talked to us about her life, the challenges she faced and about what people need to know about the athletes. Rosinha’s speech moved us deeply and inspired all of the teams. “Some paralympic athletes don’t like when people talk about ‘overcoming’. Every one of us overcomes things every day. Treat us like high performance athletes. You have no idea how much we practice”, she said.

On Saturday, August 29th we started working. By the end of the day, our teams of designers, developers and journalists surprised us with great ideas very well executed, especially considering the amount of time that we had to do it!

One of the teams presented an audio website, accessible to the blind, about the Paralympic sports they can participate on. See how it works: http://bit.ly/1LHxyvE

The team called “Chicas Funcionais” used cross navigation to create an ambitious website, which explained the classification system for each sport and who can participate.

The “Partiu fazer” team created a series of infographics about Brazil’s successful participation in the Paralympic Games.

Most surprisingly, we had a tie in the first place. The girls from team “Perfis” created a beautiful website about Rosinha Santos, showing the most important moments in her story and her biggest achievements in sport.

Team “As Ousadas” also awed us with a set of graphics on how to deal with disabled people and how our athletes made Brazil rise to the top countries in Paralympic sport. The set is already being used by the Paralympic Committee.

The winner teams will have access to competitions in the Paralympic Games in Rio in the company of the games’ communication team.