How Chicas Poderosas have managed to replicate, even in regions far away from big cities? We have the latest experiences of CHICAS PODEROSAS Colombia.

After being in Bogota, this year the chapter of CHICAS PODEROSAS Colombia moved to the regions bound for the Colombian Pacific. During May 26th, 27th and 28th a team of nine Chicas Poderosas and Chicos traveled to Villa España, northern zone of Quibdó, Chocó to work with women and young people from the group Ajodeniu – Asociación de Jóvenes Displazados. Since 2002, this organization has worked to defend the interests and rights of young people, adolescents and children displaced from Choco, Rio Sucio, Bojayá and Urabá in Colombia through artistic and sports training processes.

We chose the phrase El Pacífico Cuenta because the stories of this region of Colombia are relevant to the context of the country, memory and history, but also because they tell us situations that are rarely shown in the mass media.

The day began with a joint exploration and brainstorming of stories. The clear response from the young people indicated that the most important issues ofVilla España were mainly displacement, gender issues, armed conflict and environmental concern. From a series of practical talks and workshops led by mentors of Chicas Poderosas, we worked on the treatment of image, sound and text as ways to explore the narration for catharsis.

With the opportunity to work as a team with the community of Villa España, journalists, designers and photographers, we have again opened a space to share knowledge and promote creativity so that magic can happen. And we say magic because while we were doing our plan of teamwork and went out to do a small exercise of reporting with the neighbors it was noticed that even if you are in the middle of the jungle with few technological conditions, making it impossible not to love this project so much and its meaning for those who participate. The young people who attended saw another way, not only to tell stories – our initial goal – but also a new way of knowing their reality and of getting out of this internal conflict that overwhelms reality in Colombia.

This time we were accompanied by the mentor team Laura Cadena, a documentary photographer at the film and photography school Zona5, specializing in art direction for film and television; Eliana Vaca graphic designer with emphasis in cultural mediation; Eduardo Briceño, coordinator of the Podcasts project at La Silla Vacía and winner of the Simon Bolivar Award for Journalism in Young Category 2013; Lia Valero ambassador Chicas Podererosas Colombia and journalist Rutas del Conflicto; Maria Paula Martinez ambassador of Chicas Poderosas Colombia, creator of mediaencolombia.com and NPR Fellow in 2015; Juan Camilo Chaves editor of the magazine Cerosetenta and winner of the first RFI Spanish Report Award for his report “Natalia Ponce de León, the face of the other thousand”, on the attacks on women with chemical agents in Colombia; Mayra Báez Ambassador of Chicas Poderosas Colombia and Social Media Editor and Senior Engager in AJ + and AJ + Spanish by Al Jazeera; Alejandro Gómez Dugand director of the magazine CeroSetenta of the University of the Andes.

Do you want to know more about the audiovisual works of Ajodeniu? Come through here:

The blows of life – 2013: A collaborative creation between the Association of Young Displaced People New Image in Union – AJODENIU (Quibdó – Chocó) and Pasolini in Medellín – PEM. 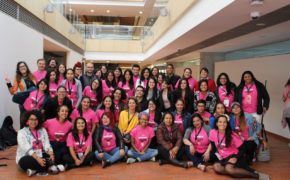 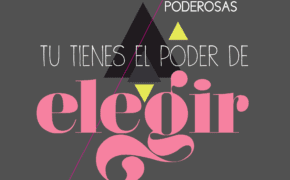 Chicas Poderosas BOGOTÁ 2017 – You have the power to choose